Soil health is our health 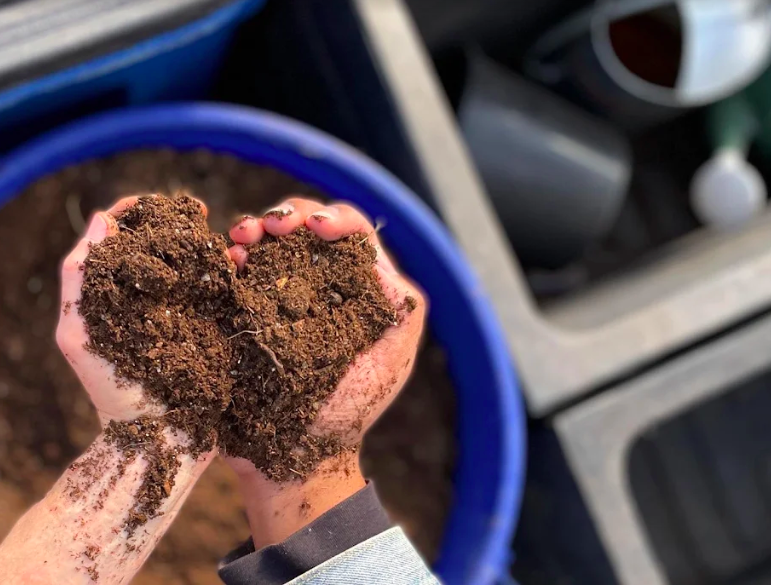 In a wistful, yet hopeful essay called Winter Hours, Mary Oliver wrote, “I would say that there exist a thousand unbreakable links between each of us and everything else, and that our dignity and chances are one. The farthest star and the mud at our feet are a family; and there is no decency or sense in honoring one thing, or a few things, and then closing the list. The pine tree, the leopard, the Platte River, and ourselves – we are at risk together, or we are on our way to a sustainable world together. We are each other’s destiny.” To apply it to soil and describe an important part of the EarthDance ethos: Actively caring for the soil and its inhabitants is self and community care.

The idea of living in interdependence and reciprocity with everything around us is ancient. It is rooted in varied and specific Indigenous practices and perspectives, on this continent and around the world. Applying this approach to accessing and growing food has been called the Honorable Harvest, as described by scientist, author, and member of the Citizen Potawatomi Nation, Robin Wall Kimmerer. In her book, Braiding Sweetgrass: Indigenous Wisdom, Scientific Knowledge, and the Teachings of Plants, Kimmerer states, “The details (of the Honorable Harvest) are highly specific to different cultures and ecosystems, but the fundamental principles are nearly universal among peoples who live close to the land.” At the center of the Honorable Harvest is a kind mutualism that requires active accountability. “The Honorable Harvest asks us to give back, in reciprocity, for what we have been given. Reciprocity helps resolve the moral tension of taking a life by giving in return something of value that sustains the ones who sustain us,” Kimmerer writes.

For additional background on Indigenous agricultural practices, we invite you to explore the work of the First Nations Development Institute and to read a historical perspective on indigenous exclusion in ecological and eco-agricultural movements by A-dae Romero-Briones (Cochiti/Kiowa), director of programs with the Native Agriculture and Food Systems Initiative at the First Nations Development Institute. Please let us know if you have related resources to share by commenting below or sending us an email. We are always eager to learn more.

In partnership with the soil

EarthDance is a teaching farm producing food at market-scale. The farmers are steadily learning about, using, and teaching what are called regenerative agricultural practices. Regenerative agriculture is a framework for thinking about farming practices that draws from Indigenous practices and perspectives. The practices are generally aimed at working and living in honorable reciprocity with the environment, and they are kept in mind throughout the year, especially during crop planning. Several of them are described below.

Healthy soil ecosystems are brimming with a huge variety of organisms. These include everything from microbial decomposers beneath our feet to birds flying high above, and everything in-between. Unlike farms that specialize in one or two crops, the EarthDance team intentionally chooses a wide and changing variety of foods, other plants (stay tuned for a future blog post with more on food and seed choices), and microbes to grow and foster in order to maintain and encourage biodiversity. We like this Unicef explanation of the importance of biodiversity, which is essential for human health and well-being, as well as that of the environment as a whole. High biodiversity on a farm is vital to soil fertility, nutrient cycling, disease mitigation, erosion control, and crop and tree pollination. 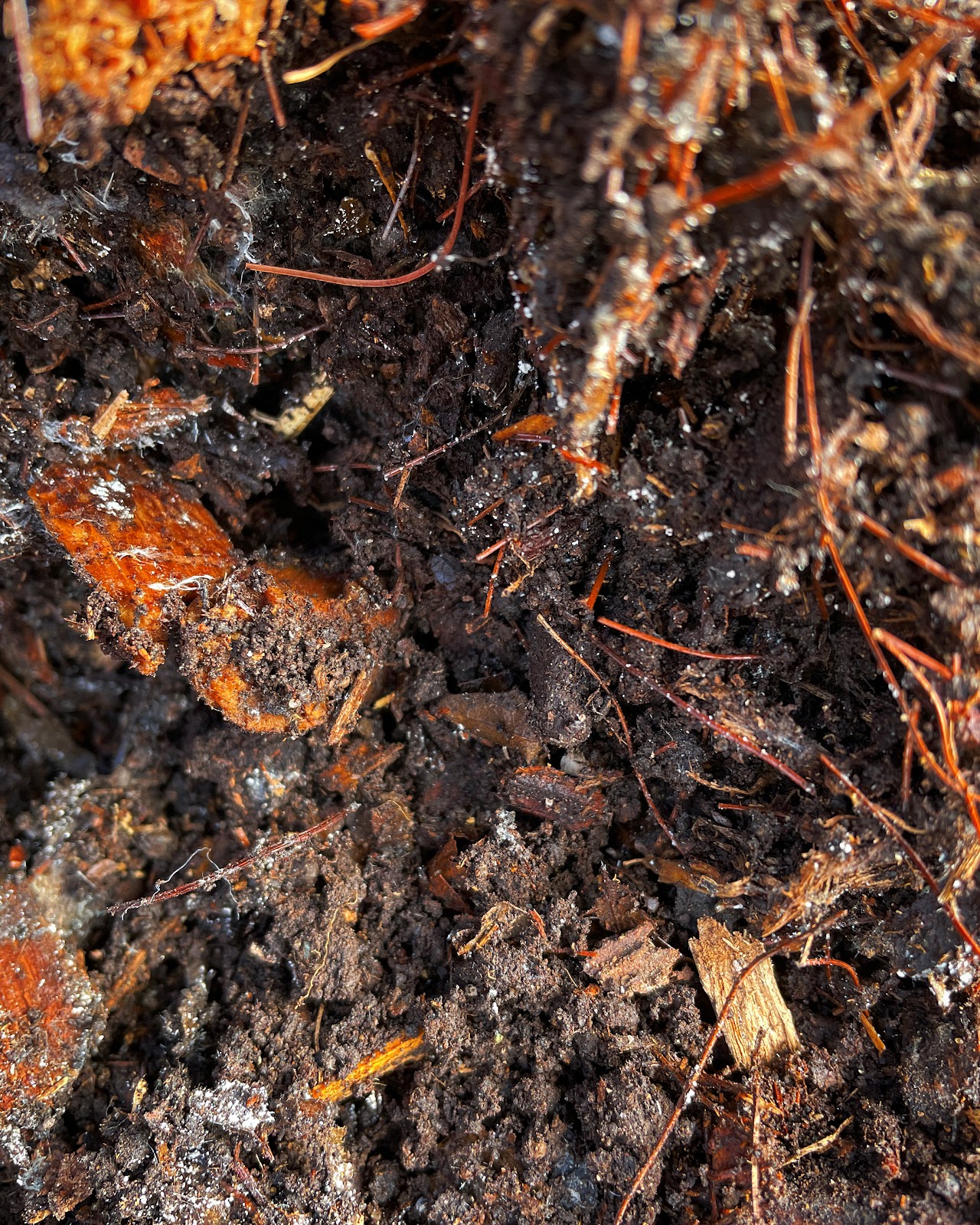 Fungal spores thrive in a compost pile at EarthDance.

One often overlooked diverse group of organisms that lives in the soil and is deeply integral to everything living and growing on the farm is the decomposers. These organisms are living their best lives (see Dance Flies? blog post), in and on the soil, while also breaking down organic matter and building soil. There are two main kinds of decomposers – saprotrophs and detritivores. Saproptrophs, which break down decaying matter externally by secreting enzymes, are mostly fungi and bacteria. Fungi do an amazing thing, extending tendrils (mycelium) in every direction, excreting enzymes and absorbing some of the nutrients they’ve helped release along the way. Detritivores are mostly small animals like worms and insects, and they digest food inside their bodies, leaving nutrient-rich matter behind them as they move through the soil. They are also aerating the soil, making room for plants to root. They do this everywhere on the farm, and very well in the compost piles!

One way the EarthDance farmers work to support the decomposers (who support us!) is by doing their best to avoid mechanical tilling (deep churning of the soil), because it can be harmful to the biome and, in particular, to these friends. Soil compaction is an ongoing challenge for food growers, though, and sometimes it is necessary to help loosen or break up compacted soil so that plants and other organisms have the below-ground air, water, and space they need to thrive. Over the winter, in several fields at EarthDance, the farm team grew tillage radishes for this purpose. These radishes, which also function as a cover crop (slowing erosion and adding organic matter to the soil as they decay), help to break up compacted soil by drilling deeply as they grow. And, when it’s time to prepare the soil for new food crops where these radishes have grown, the radish roots are left in the soil to feed the decomposers and enrich the soil.

Another microorganism-friendly cover crop on the farm, Dutch White Clover, enriches the soil in a different way while also functioning as a living pathway. This legume has a mutually beneficial relationship with a bacteria called Rhizobium. Rhizobia live in billions-strong, nodule-shaped colonies on the roots of the clover. The clover absorbs nitrogen from the atmosphere, and the Rhizobia help fertilize the plants and the soil by converting it into a form that is more readily digestible. Leftover nitrogen is released from the Rhizobia into the soil, which helps to nourish current and future crops and other soil cohabitants. In turn, the Rhizobia get nutrition and a home from the clover. 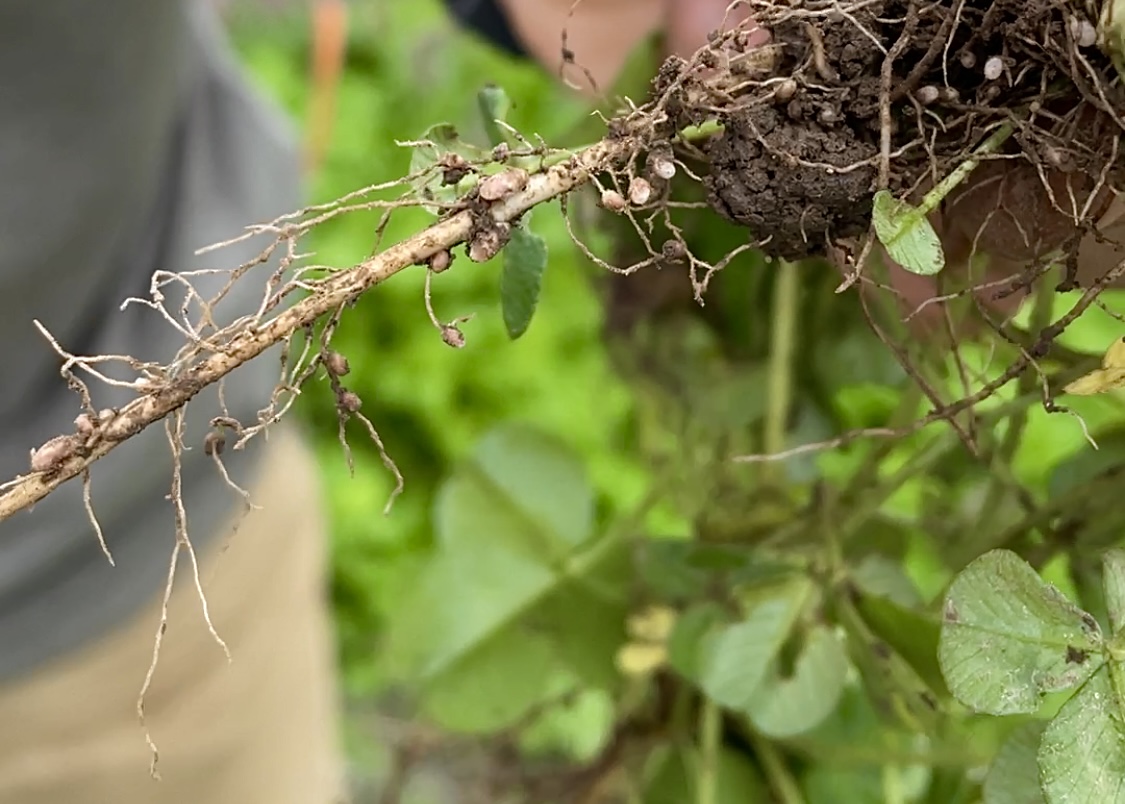 Each nodule-shaped colony on the roots of a Dutch White Clover plant at EarthDance contains billions of the beneficial Rhizobium microorganism.

Another way the farmers tend to the land and agroecosystem is crop rotation. They rotate crops so that specific swaths of land have time to be replenished of the nutrients used by specific plants, once those plants have been removed. One example of this is with brassicas, like kale, collards, and kohlrabi. Brassicas are heavy nutrient feeders because they spend a lot of time in the soil. The farmers choose to rotate crops in such a way that heavy feeders don’t occupy the same beds in back-to-back seasons. And, if they can give specific beds two to three full years between hosting brassicas, they do it.

The farmers add other organic matter to the soil to enrich it, too, in preparation for planting. Goodies like compost, leaves, straw, and the roots of any crops left in the soil are all tasty treats for the decomposers and other soil dwellers. By doing this, over time, the environment becomes more hospitable for all of the living organisms in the soil. This naturally helps the team continue to grow healthy plants and good food, which also helps to sequester carbon (capturing atmospheric carbon through photosynthesis and releasing some of it into the soil), increases plant productivity, and builds healthy soil in the process – all good for long-term communally beneficial relationships.

All of this, and more, is in the (soil!) mix when the team is crop planning, as well as throughout the year. And, all of these practices are known to be better for the long-term health of the environment and community. They also help us grow more and better delicious produce to eat and share. And in your own garden, many of these same practices can be beneficially applied!

Earth Day every day: What can I do?

Like many people who want to honor the Earth – including ourselves and communities – in an ongoing way, I increasingly have the health of the soil on my brain and, on good days, in my choices and actions. My family and I are eating more locally grown food, we’ve finally got a functional compost heap going, we are growing more food at home, and I’m working and learning full-time at EarthDance for a year. And I’ve written this while eating processed peanut butter with a banana grown from soil that is likely thousands of miles from here. Not to mention a gas station donut. I find it easy to become quickly overwhelmed when I pay closer attention to my food and activity choices. And, I find it can also be liberating to step into my accountability, as author and activist Shira Hassan has said. One simple way anyone can do this is to get reconnected with the soil, however that looks for you today. And tomorrow. And on. 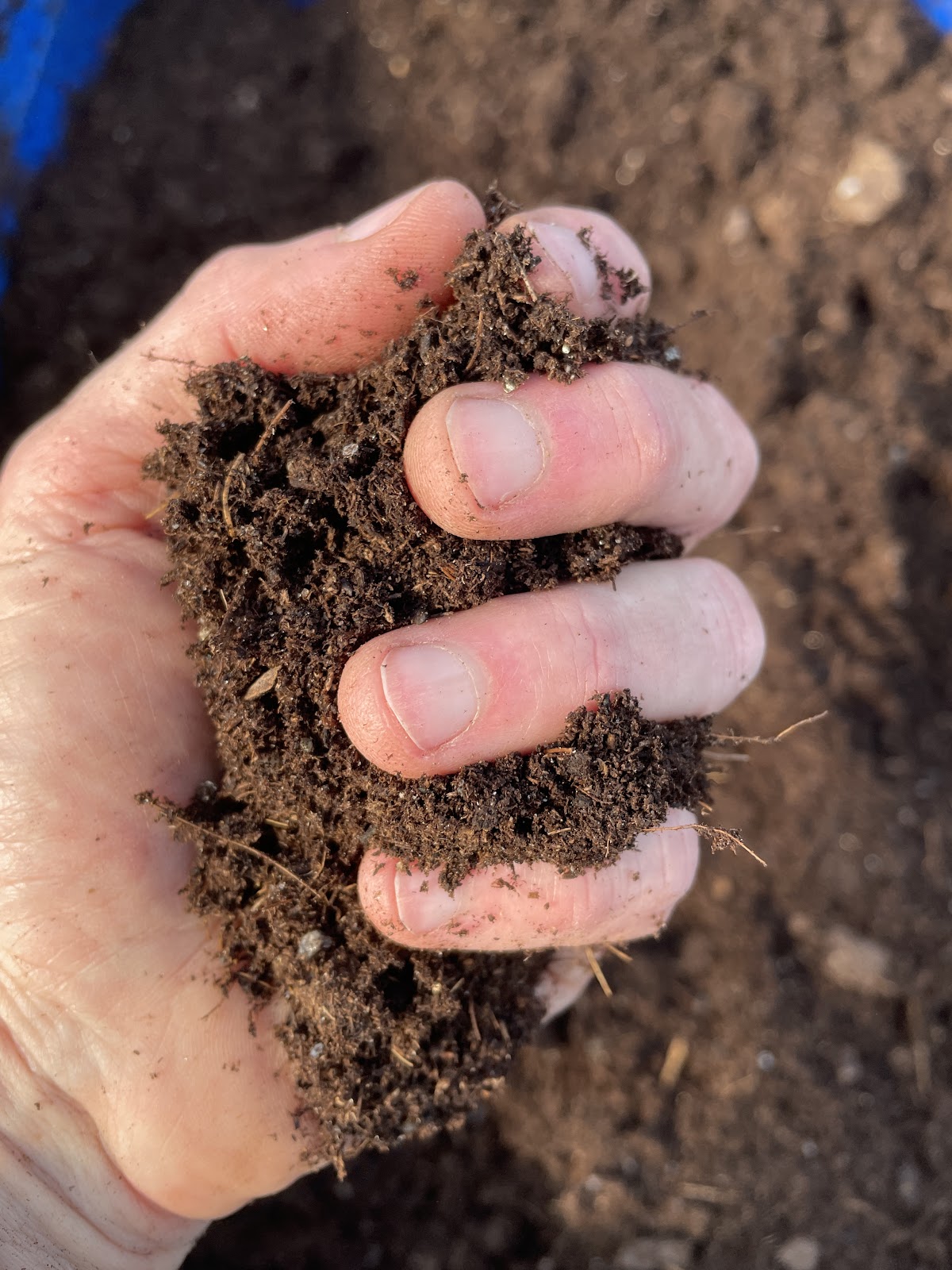