Many know it as celery root, but can you plant any old celery seed and grow edible celeriac?

While Celeriac – also called knob celery, turnip-rooted celery, or apio root – is a type of celery, it’s a specific variety called Apium graveolens var. rapaceum that has been cultivated over time to produce a large, rounded, edible root and not the above ground stalks we love to crunch on. Like the celery we typically think of, it’s a relative of anise, carrots, parsley, and parsnips. Its origins can be traced back to the Mediterranean and northern Europe, and it can be eaten raw – tasty in salads – or cooked like turnips or potatoes.

And, it has health benefits! Celeriac is rich in phosphorus, key to bone health and many other bodily processes, and vitamin K, which is important to bone and cardiovascular wellbeing.

While it’s not as well known or widely available as many of its relatives, celeriac can be found in some local gardens, farms, and produce sections, as well as on select restaurant menus, including sometimes at local culinary gems Vicia and Bulrush. From Bulrush Chef & Owner Rob Connoley, “At home I like to simmer them in milk with a touch of salt, then beat them with garlic and butter to make a fancy version of mashed potatoes.”

The 2022 season will be the first to feature homegrown EarthDance celeriac, and it is scheduled to be harvested and available starting in late July or early August at our Ferguson Famers Market booth, the Pay What You Can Farm Stand, and to wholesale customers. Until then, let us know in the comments where you are finding celeriac – it can be grown and harvested in the cold, winter months, as well. Here’s a recipe to get you started if you find it and want to try it!

For more information on celeriac, we invite you to read more at the links below:

Finally, we mustache you: Do you recognize that farmer behind the healthy looking celeriac starts? 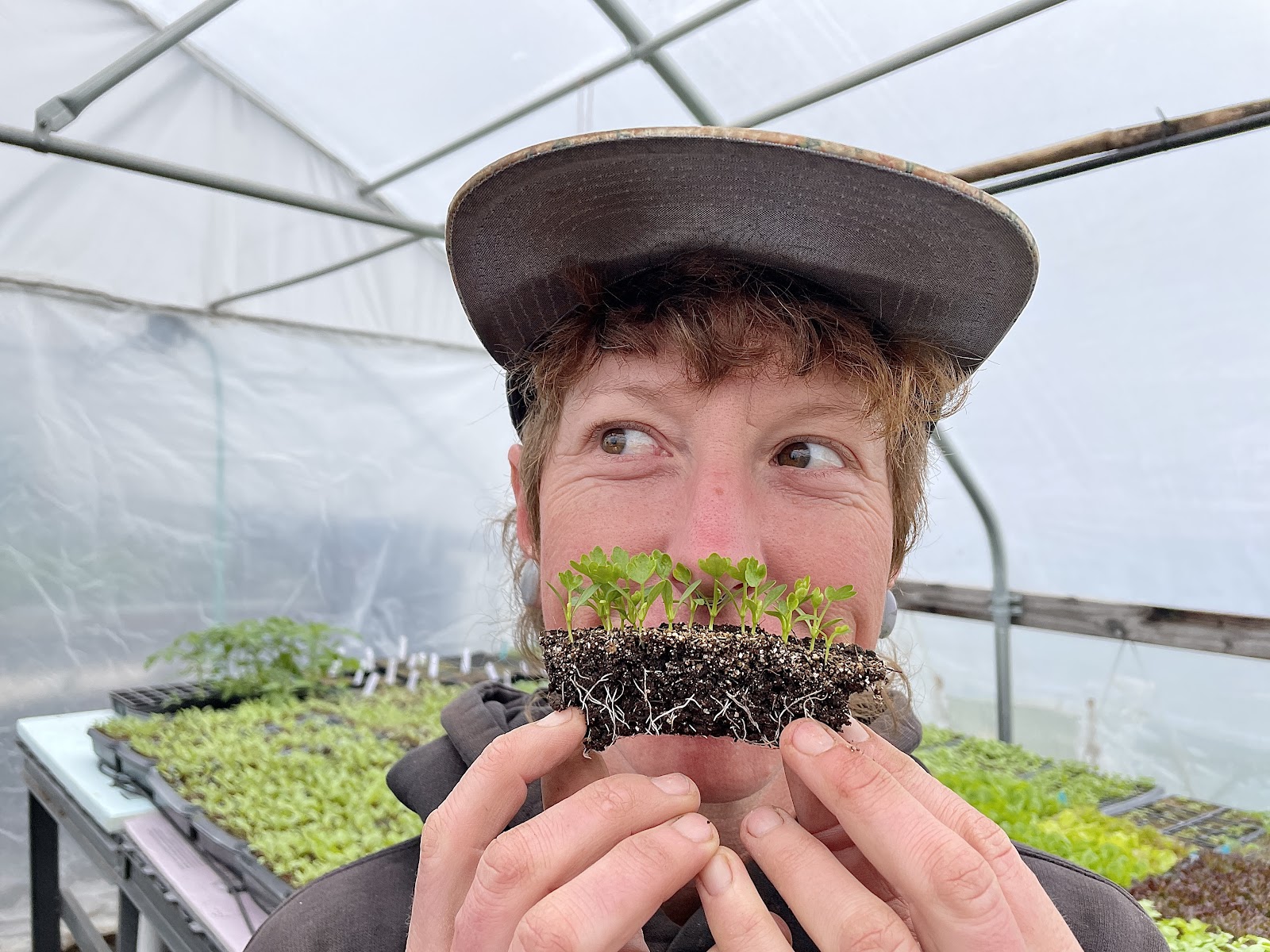 We know it’s hard to tell, but it’s none other than Farm Manager and Educator Jena Hood, who is also the Head Coach for all of the ongoing Spring Training courses at EarthDance!